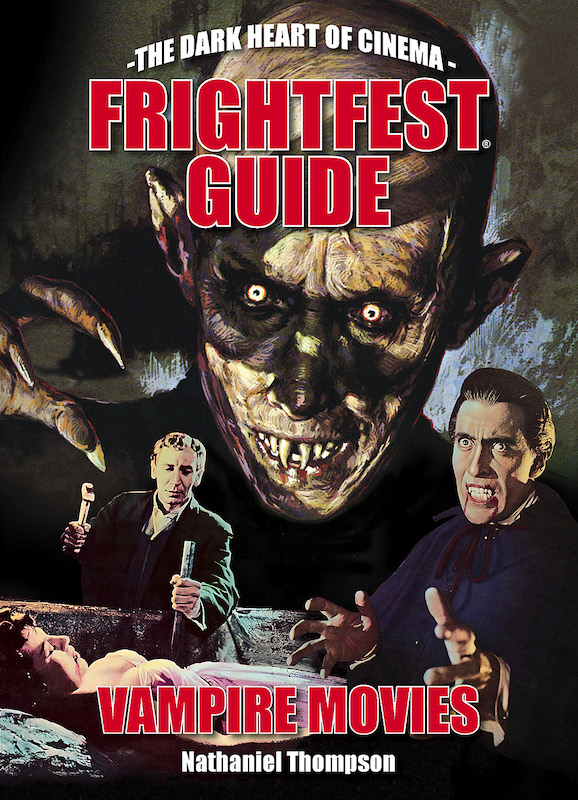 This is the sixth edition of the FrightFest Guides, the latest in a series of successful, wide appeal books for both the curious spectator and the cult connoisseur. Previous genres covered include Exploitation Movies, Monster Movies, Ghost Movies, Werewolf Movies and Grindhouse Movies.

Within these bloodstained pages, you’ll discover all the vampire icons, from Bela Lugosi and Max Schreck’s pioneering fiends to the heyday of Hammer Films, but that’s just a sanguinary taste of what’s to come as you explore macabre offerings from Hong Kong, India, Italy, France, Germany, Japan and many more countries across the globe.

It’s all served up on a blood-spattered silver platter by author and film historian Nathaniel Thompson, who also delivers a globetrotting introduction to the history and evolution of vampire cinema from the silent era to the modern age of undead heartthrobs and vampire assassins.

Sweetening the bloody deal is a foreword by legendary writer and monster expert Kim Newman, who dragged vampire literature into the daylight of the modern age with his Anno Dracula series.

The Limited Edition hardcover will first go on sale direct to the public exclusively at FrightFest from Thursday 25 August.